The goal here is to determine the cartridge overall length (COL) for a particular bullet where the bullet just begins to make contact with the lands, commonly called the "jam" point.

I started out with a homemade version of the Stoney Point / Hornady gage, that used a dummy case to hold the bullet while it was pushed into the throat with a threaded rod. It worked, but there was a lot of "feel" involved, you had to do some math to come up with the COL, and you had to make a dummy case for every cartridge that you shoot.

My copy of the Stoney Point / Hornady gage. 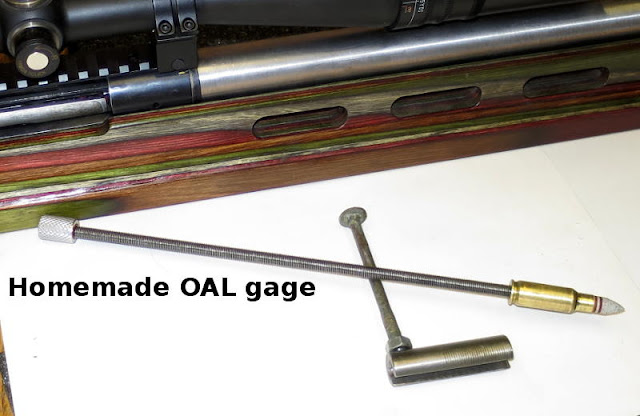 The gage in use. 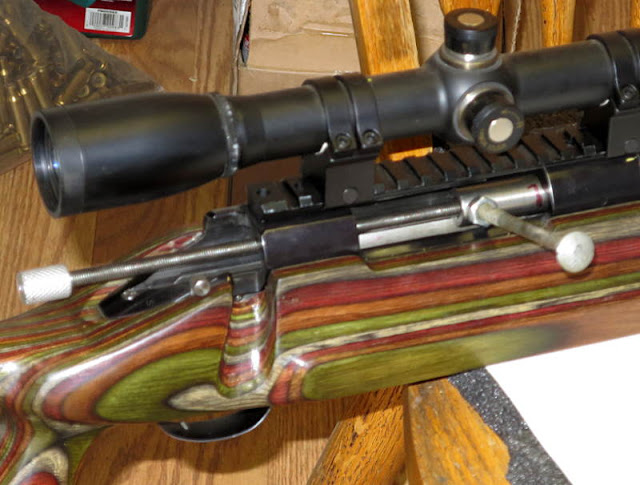 A snug fitting brass fitting for the cleaning rod was made for each caliber. Orginally I made the brass fittings with a flat face, but later I figured out that the larger calibers needed a stepped face to clear the bolt's ejector. Here is one of the original fittings. The snug-fitting plastic guide attaches to the muzzle with setscrews, and serves both to guide the cleaning rod and as a reference point for measurements.

Here is one of the brass fittings with a step to clear the ejector. 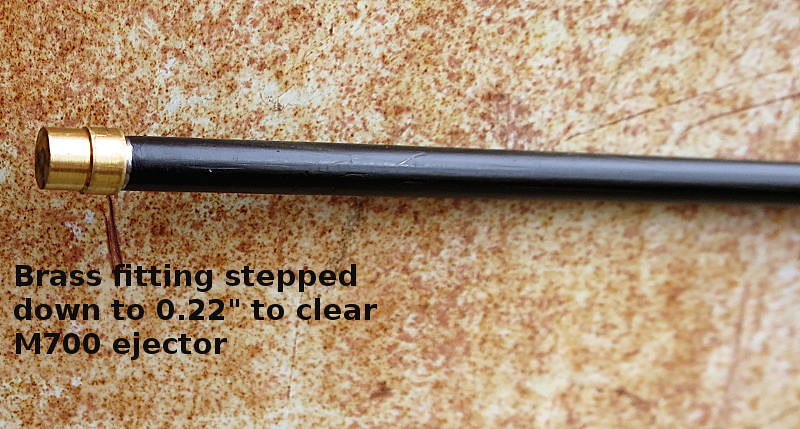 To use, "zero" the stop collar on the right with the rod against the bolt face. Then push a bullet into the throat and measure the distance between the muzzle and the stop collar. 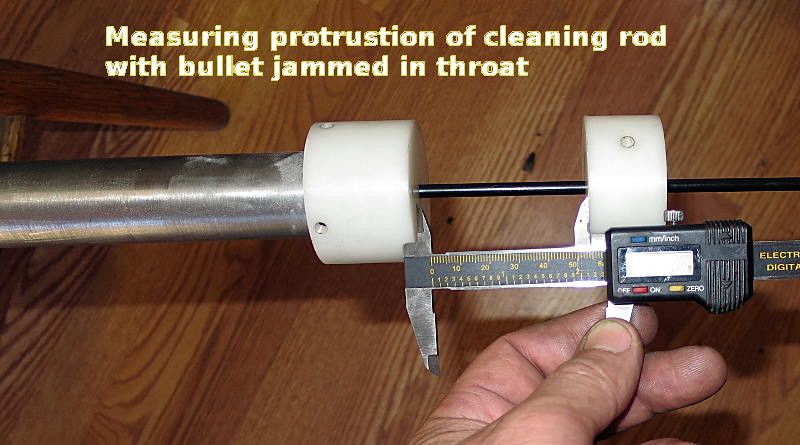 The current version dispenses with the dummy cartridge to push the bullet into the throat. Instead, a bullet is simply pushed through a cleaning rod bore guide. In this picture the "pusher" is the same threaded rod left over from the dummy cartridge gage, but the pusher for this system does not need to be threaded. A piece of 1/4" brass, aluminum, or even hardwood would be safer than this steel threaded rod.

About the only improvement I would like to make is to replace the setscrews on the plastic collars with thumbscrews or knurled head screws so no tools would be required to use the system.
Top
Post Reply
1 post • Page 1 of 1