Moose in the mist 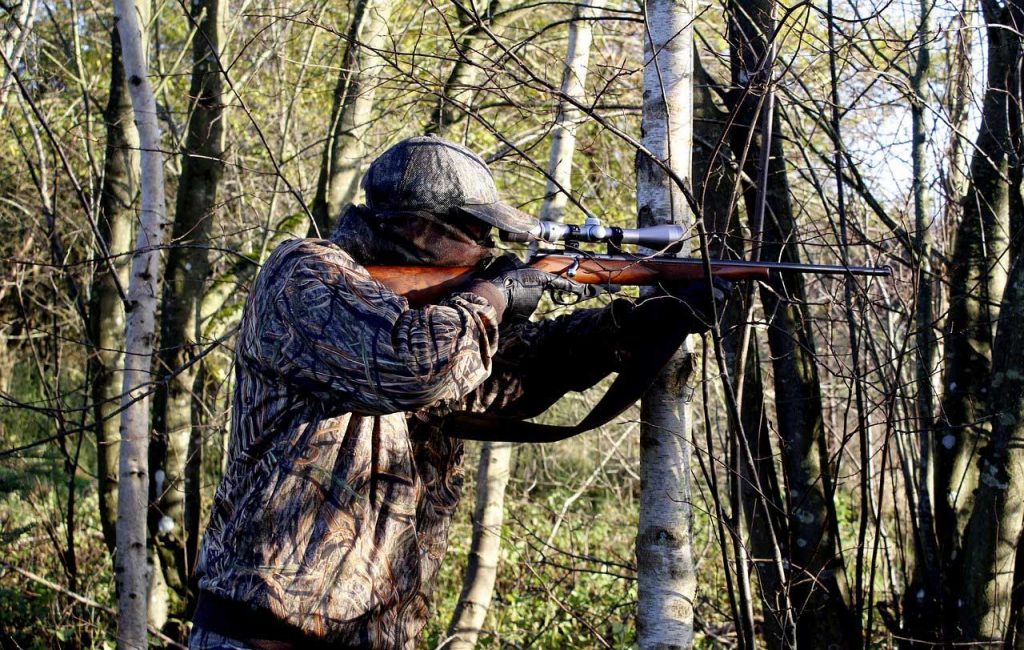 Just got back from the hunt. I’ll tell the full story later, right now I’ve got to take care of the meat and hide quickly because the weather is warm here in town.

Here’s my moose. No trophy but just the right size for my freezer.

Here’s the moose that stood up after I shot mine. Note the chest-high brush. Even though it was standing in more or less a clearing, the brush was so high and thick that a moose laying down in the brush was virtually invisible.. This is about as big as our Shiras moose get. If I had waited five more minutes I probably could have had him instead of the little guy.

Here’s another pic of grandpa. He hung around the area all day. Shiras moose have little fear of man. Again, note the chest high brush. Even though S.E. Idaho is officially a desert that only gets 11 inches of precipitation each year, this area was near a spring and had lush vegetation that looks like it belongs in Alaska. Oh well, I have the picture and the memories and a freezer full of meat.

Congratulations, Nice Moose, a lot bigger than mine

Have a nice day!

While butchering the meat, one bullet was recovered in the shoulder. It had punched through the shoulder and lodged in the flesh of the shoulder. Another inch and it would have come to rest against the hide. This is my 190 gr. 357 launched at 1700 fps. The alloy was heat-treated WW, 28+ BHN. The nose riveted up to about 0.400″ and about 15 grains sheared off as the nose riveted. Yes, the placement was far too high — it should have been much lower to hit the heart/aorta.

The circumstances of the shooting were confusing at the time and I still haven’t figured it out.

The weather was unseasonably warm when the hunt began. I was wearing only a t-shirt and blue jeans. I had planned to camp and hunt near a spring not far from where I parked the truck. The spring was known to be a popular moose hangout. However, there was little moose sign at the spring this time.

I thought “since it is so hot, maybe the moose headed up the mountain where it is cooler.” So I went up hill and spent the night sleeping in the open, at the top of the mountain, maybe 8000 feet elevation. The weather was beautiful, so I didn’t bother erecting the tent.

That night, a storm blew in. It started raining. Eventually, the rain turned to snow. My sleep bag was soaked, my clothes were soaked, and I was shivering. The mountaintop was no place to be in a snowstorm, so I decided to hunt my way down hill. There was yet another spring halfway down the mountain, in an area that would be protected from the wind.

By the time I approached the spring, I had hypothermia. I was shivering uncontrollably. All I could think about was reaching the spring, setting up the tent, and building a fire so I could warm-up.

But, I started to smell moose, and there were fresh tracks. I slowed to a crawl. “Don’t spook the moose,” I told myself. “Be quiet, set up your tent, get warmed up, and hope the moose will not leave the area.”

But there was a moose !!!!! Just a young bull. However, I was discouraged because I had seen very little sign until now. I was hypothermic and not thinking rationally.

Normally I insist on a heart shot with a hard cast bullet, but when I encountered my moose only the head and upper shoulders were visible above the brush. I held just above the brush, about mid-chest, and slightly forward because he was quartering slightly toward me. Plus at that range (50 yards) the POI would be +2 inches. Result: high lung shot, never a good idea with a hard cast bullet. But the plan was to use Elmer’s strategy: “Bust him in the shoulder to slow him down, then you can finish him off.” And it would have worked, too, if I had stuck to the plan.

After the first shot, two moose that had been laying down in the brush, invisible to me, stood up. One was grandpa and the other was the twin to “my” moose. I was so stunned by the appearance of these other two moose, particularly grandpa, that I forgot to pump more lead into my moose. By the time I regained my senses, the moose had mingled and I was afraid to fire again because I couldn’t be sure which moose was mine. They stuck around for about 30 seconds, but I had to let them walk away, hoping mine would fall down in short order — pretty unlikely with a high lung shot.

Damn! What had I been thinking? Even if the moose had dropped in his tracks, in my hypothermic condition, I would have died before I could get him skinned and quartered ! ! ! ! In hindsight, the hypothermia made me behave irrationally. That’s my excuse and I’m sticking to it. ! ! !!

The moose had been in the area for a while, leaving tracks meandering all over the place, so tracking was impossible. As you can see in the pictures, the brush was chest high, so if the moose had fallen down, you could have walked within 50 feet and not seen him. There was a storm going on with mixed rain, sleet, and snow, and the place was in the clouds, so there wasn’t much light even though it was 9 or 10 am. Before firing the first shot, I was already soaked from tip to tail and was halfway delirious with hypothermia — if I had been in my right mind, I never would have fired under those circumstances. It seemed like a lost cause, but I had to try my best to find him. While I was searching, I bumped into grampa and took those photos, but of course, I could not ethically shoot grandpa, even though it was tempting.

Late in the afternoon, I spotted my moose laying down — about 15 feet in front of me. But was it my moose or his twin brother???? When he saw me, he tried to get to his feet but stumbled and fell back down. He tried again but still couldn’t get up. This seemed to be my wounded moose, so I decided to shoot him before he could get up and run away. He was facing toward me at about one o’clock. I aimed for the center of the near shoulder. That shot seemed to hit him like the hammer of Thor. He immediately keeled over, his eyes glazed, his head drooped, and blood came out his nose. He was still breathing, though, so I walked up to him and put a finisher in the side of his head.

When I skinned and quartered him, I found where my second shot had hit — there was an impressive quarter-sized wound channel running between the near-sided shoulder blade and the spine, then a hole in the upper near lobe of the lung, then a grazing wound along the top near side of the liver. Presumably, the bullet then went into the paunch and did not exit. That is all consistent with the placement and angle of the second shot.

But at the time, I could find no evidence of my first shot. I could see only one entrance hole in the hide, and no other wound channel. Damn it, did I shoot the twin????

Yesterday I found a bullet lodged in the far shoulder, as pictured in a previous post. The location is exactly where the first shot should have ended up — exiting the far shoulder. The problem is, I never found any other wound channel or entrance hole for that first shot. What the heck?

Theory #1: both shots entered at exactly the same point — high and forward on the near shoulder, just grazing the edge of the shoulder blade. I did aim at the same spot on both shots, only from different angles. The first shot crossed over to the far shoulder. The second shot went almost straight back and stopped in the paunch. I like this theory, because it clears my conscience, but it’s hard to believe both shots entered through the same 35 caliber entrance hole (I haven’t scraped the hide yet, so there may be another entrance hole, but I don’t think so).

Theory #2: “my” moose got away and this is his twin. When bullet #2 grazed the front of the near shoulder bladed, it richocheted and veered sideways into the far shoulder. Ok, but if that’s what happened, how do you explain the wound channel described above, the one that parallelled the entire length of the shoulder blade, then clipped the upper rear lung, then grazed the top of the liver? How do you explain the moose not being able to stand up as I approached him?

It’s water under the bridge now, and I may never know for sure what happened.

Conclusions???
Lung damage was minimal and I don’t recommend high lung shots or even center lung shots with hard cast bullets. Always aim for the heart-aorta (do as I say, not as I do).

Neither theory explains why shot #2 hit like a ton of bricks. Shot #2 only did minor damage to vital organs. It’s not clear why he didn’t get up and run into the next county. There’s no accounting for how animals react to a shot. Once I gut shot an elk (it was sprinting and I didn’t lead enough) and it dropped immediately and waited patiently for me to walk up and finish it off. Another time I made a perfect shot on a whitetail doe with a 44 mag, turning the heart and lung into hamburger, yet the doe ran 400 yards before it realized it was dead.

Heat treated wheelweight does not shatter like glass. This question came up a while back. At rifle velocities, the nose will rivit and pieces of the nose may shear off, but I have never seen HTWW shatter on a critter. By the way, the riveted bullet that I dug out of the moose’s shoulder looks exactly like the bullets that I recover from the hard dirt berm at the range.